[Barber Expert Series] Youssef Barber: From the School Playground to the Big Stage 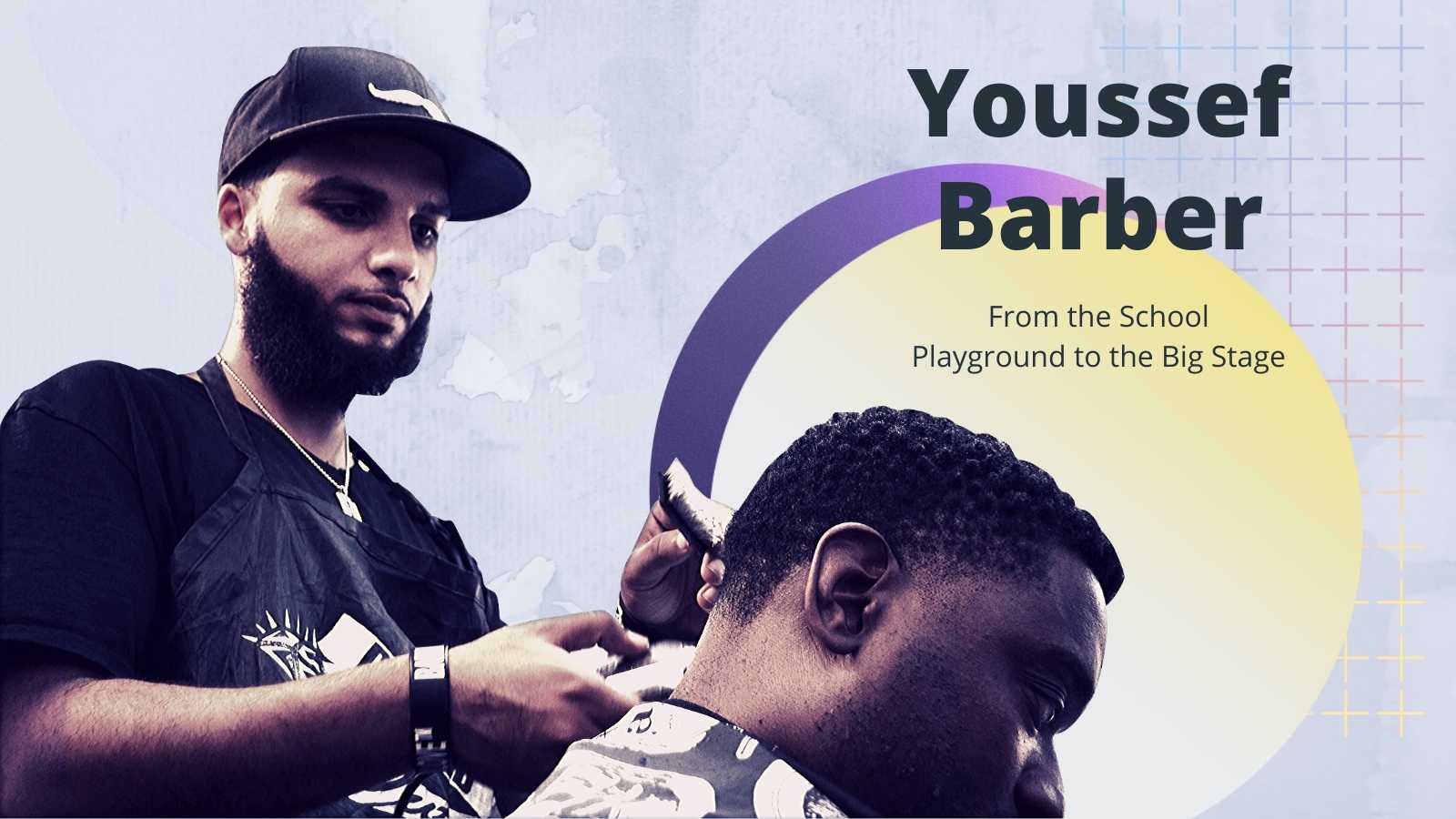 [Barber Expert Series] Youssef Barber: From the School Playground to the Big Stage

His impressive clientele includes the likes of Chance the Rapper and NBA player Jaylen Brown, the rising star of the Boston Celtics. But that’s not all. Youssef, the award-winning barber and CEO of Diamond Cuts in Atlanta, is also one of Instagram’s most prominent influencers in the barbering industry with more than 180,000 followers.

But success didn’t just happen, and he wasn’t always the big-name he is today. Youssef had his fair share of ups and downs. After getting fired from his first apprenticeship, he moved to another barbershop to complete his apprenticeship and got his Barber license by the age of 18. When he was 20 years old, he had to move away from home to escape a bad environment (and change his life).

He then started seeking out clients by foot, handing out his business cards to discount mall vendors and giving out haircuts in their vendor booths. The hustle was real, but it was all worth it.

So, how did he go from seeking out clients in the mall to becoming the barber to the stars? Youssef shares his story and his secrets to success. 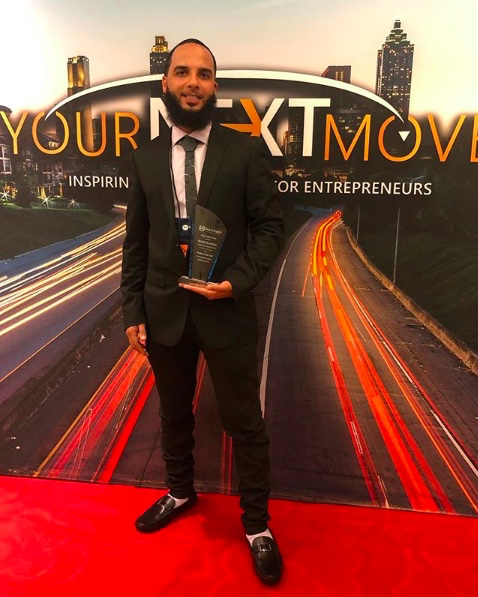 Some people are born with natural talent, while others possess the determination and work ethic to hone their skills.

He began working on people’s hair at a young age, and it was apparent that his barber skills came naturally.

“I started really young, when I was in middle school. I would go to the barbershop and get messed up. So, once back home, I would try to fix [my hair],” he recalls.

Youssef would do such a good job that kids at school would ask him who did his hair. This is how it all began. He cut and styled the hair of his classmates, and would also practice on his brother and dad.

During his teen years, Youssef spent time doing a variety of jobs, from handing out flyers for a pizza place to working at Baskin Robbins and Dunkin’ Donuts. He also worked at a computer warehouse, where he learned the ins and outs of YouTube, eBay, and ecommerce — things that would come in handy later in his career.

Youssef was 16 when he officially started working at a barbershop in his local town of PG County, Maryland. He became an apprentice barber at a couple of shops, then went ahead and got his barber’s license.

Getting in the game

Shortly after getting his license, Youssef wanted to refresh his life, so he decided to take a leap of faith. “I packed my stuff and headed to Georgia to start all over again, as I got involved in the wrong things. So, I left to have a change in people, places, environment,” he shares.

It was in Georgia that Youssef started to network with other barbers. “When I arrived there, I went to my first hair show, the Bronner Brothers Hair Show. That’s when I began networking, linking with other barbers, and it started expanding beyond the four walls of my shop,” he says.

“I was blessed to be surrounded by real skilled barbers because when I was up north, I worked in a shop with 11 barbers. It’s a lot more fast paced compared to where I was before. So, moving there was a cultural shock, how slow it was, and things of that nature.” 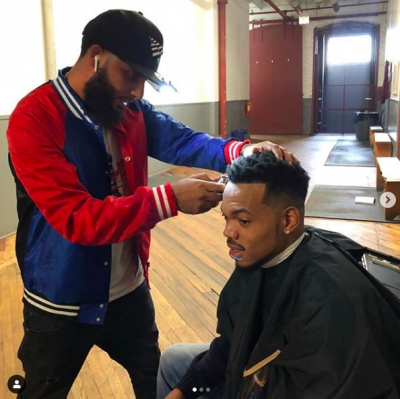 Around this time, Youssef also learned more about the business of barbershops, getting clients, and booking appointments.

“There were a lot of barbers that worked by appointment and I thought that was really cool” he says. “I was just kind of starting off, I was new in the game, so I was trying to get whoever I could in my chair.”

“They would record their appointments by hand. I would even see one of the barbers flip through the pages writing the same names down over and over because those clients had standing appointments with him.”

This observation led Youssef to seek out a more efficient solution to manage appointments. Shortly after he opened his shop, he discovered Genbook, an online scheduling software allowing clients to easily book appointments.

According to Youssef, having an online booking system allowed him to run his business more efficiently.

“I wanted a solution that let me manage my orders and appointments in one place. Automating that side of the business enabled me to execute more efficiently and serve my clients better. If I tried to handle everything myself, I’d be overloaded with work.”

In addition to improving his productivity, Youssef says that switching to an online scheduling platform also helps his customer service.

“If I can’t get to my phone, the client might think they’re being ignored. They might not bother calling again or they might try someone else. Thanks to Genbook, my schedule is available 24/7, so they can make an order or appointment anytime. I can just have a look at any purchases or bookings that came in, then focus on fulfilling them.”

Having a steady stream of barbershop clients

One of the most impressive things about Youssef is that he always has clients in his chair. In fact, when he first opened his barbershop, he already had an overflow of clients eager to book appointments. But how did he achieve that? 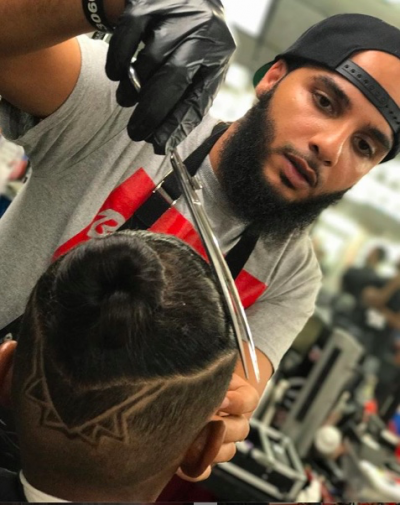 Being consistent and reliable

Youssef emphasizes the importance of showing up on a daily basis.

“I have always been consistent and dedicated to the business. I would be in the shop from open to close, and even after hours. And I would do that daily,” he says.

Being reliable is another essential trait, as “unfortunately, a lot of barbers aren’t. So I have always made sure to honor all my appointments and to put out a good quality haircut. I also make it a point to milk my strengths.”

His strength? A sharp, crisp lineup that gives clients a clean and well-defined cut. “Coming from up north to down here in Atlanta, I had to deal with styles a little different. But I’ve been able to bring the best of both worlds. I took what I learned from up there and down here and created my own touch. That’s what makes me stand out.”

Having a go-getter attitude

Prior to opening his shop, Youssef really put himself out there.

“I was definitely a go-getter. When I first arrived here, I would take my clippers and go to the discount mall to ask the vendors if they needed a haircut. I would pass around my business cards to everyone.”

“And before there was Instagram, I had a portfolio book that I would carry everywhere with me. It was just full of pictures, and that was like my Instagram back then. I still have that book.”

Having 180,000 Instagram followers is incredibly impressive, so we asked Youssef to share insights into how he grew his fanbase.

He credits his success to a number of things: knowing what looks good, paying attention to what works, and reading up on Instagram’s do’s and don’ts.

Knowing what people wanted to see

“Being behind the computer at a young age [when I worked at the warehouse], I got familiar with YouTube, eBay, and online sales. I picked up quickly on what sold and what didn’t, what looked good or bad, what was attractive or not,” he shares.

That knowledge has allowed him to consistently create great-looking content, which organically attracts the right people to his profile.

“I know the angles to put. I know what people are looking for. And I pick up quickly on things like hashtags and engagement. I have always been just real organic with it and I put the best work I can.”

Observing what works and applying the right strategies

Youssef pays attention to what he posts and he constantly finds ways to improve. “I’m the type of person that will look at what is working and try to figure out what they are doing to make it work for myself. If I see something with a lot of views, a lot of likes, I will study, say the cover photos they are using, and I will see how I can replicate it or even improve.”

“I would go and read the fine print on Instagram. One thing I learned was if you use the same hashtag for over two months, it gets recorded as spam. So then they slow your posts down. That’s something I teach in my classes. You want to rotate your hashtags.”

So what are the key takeaways from Youssef Barber’s success story that you could apply to your own venture? Constantly put out your best work, because it will help you attract the right opportunities. Also, whether you are building a business, growing your social following or both, remember to be consistent and authentic.

As Youssef so aptly put it, “When you pursue greatness, you’ll attract greatness.”

…And if you want to jump in to give Genbook a try, start your free trial today and see for yourself why thousands of small business owners use Genbook to manage their time and convert more clients! 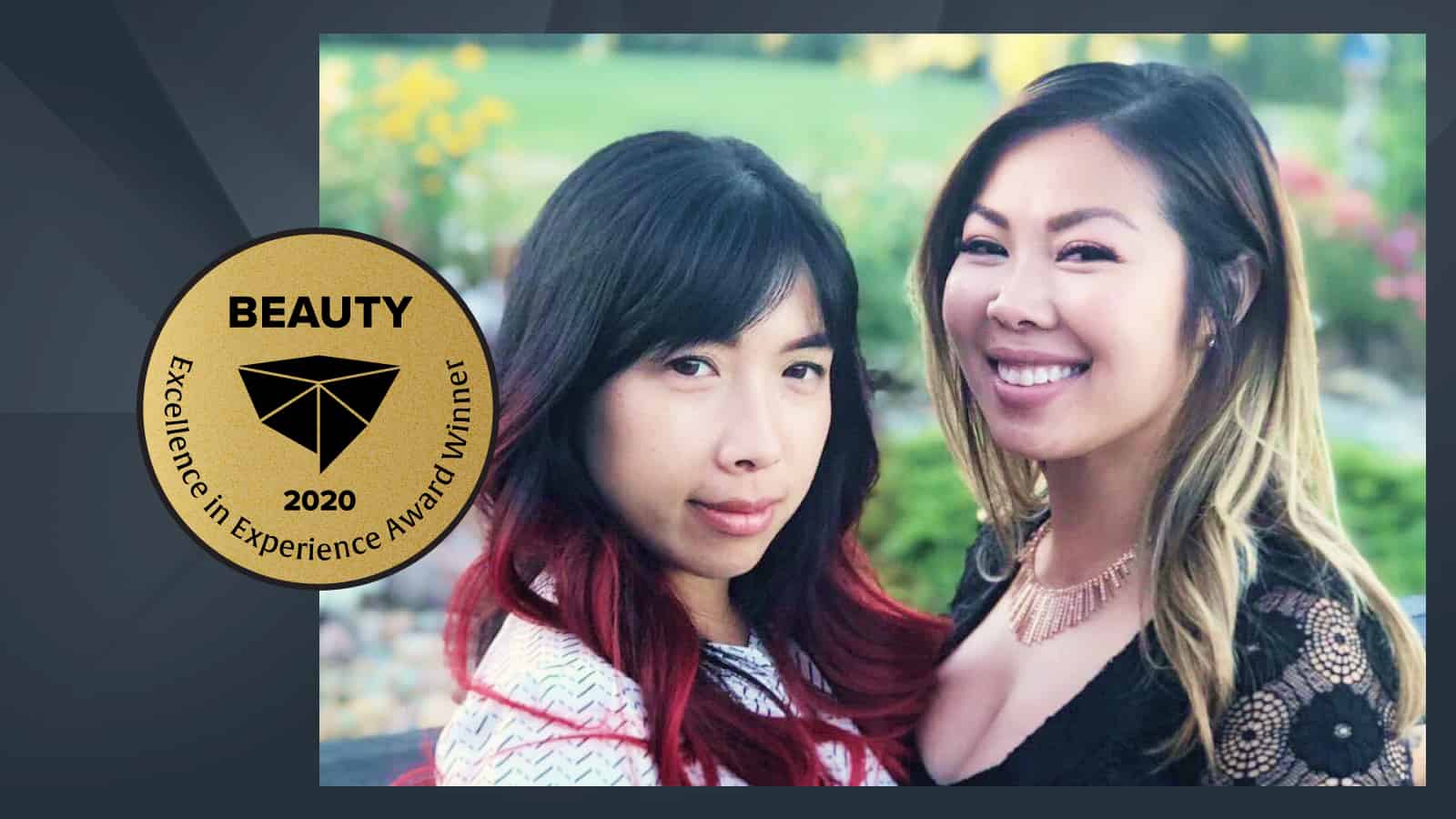 Why Partnerships Matter: How This Lash Business Owner Joined Hands With Her Client To Grow Their Home-Based Lash Business

Perfect Partnership: How XO Lashes Grew Her Lash Business with her client. 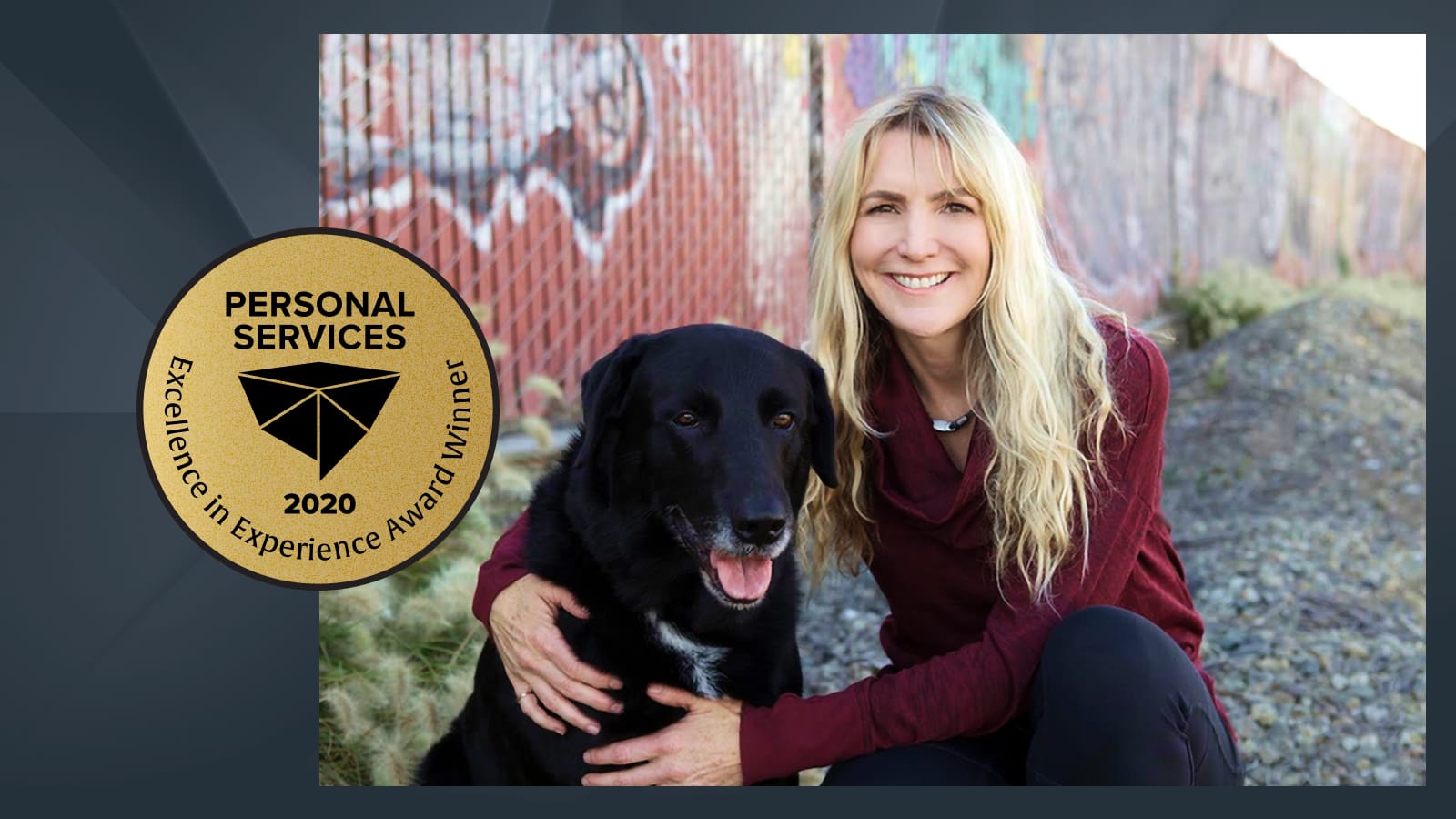 From Being a Netflix Stunt Double To Running a Successful Photography Business: How EIE Winner Lisa Keating Saves Hours With Genbook To Fuel Her Creative Pursuits

Lisa Keating is a woman of many talents. Here's her story. 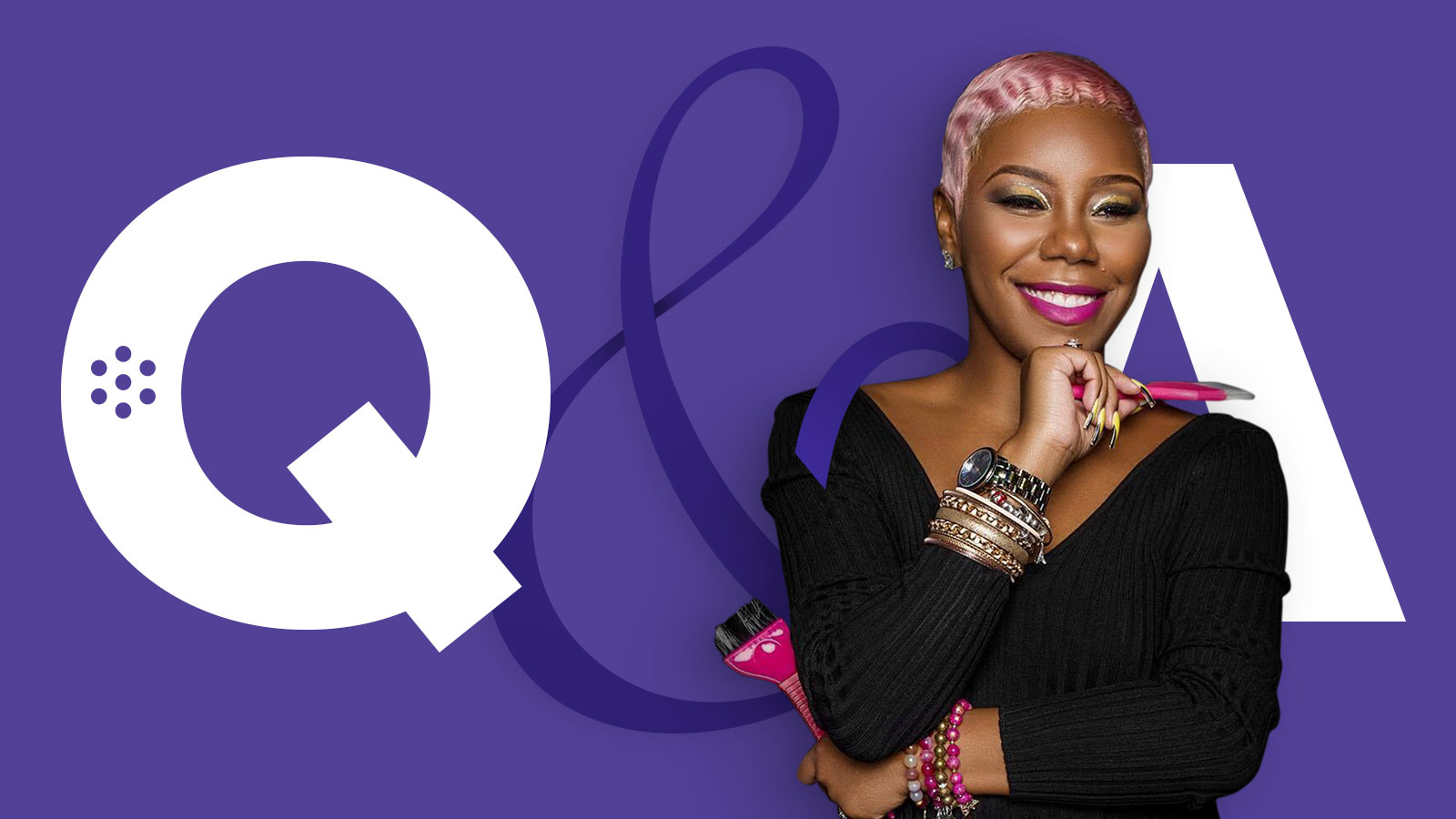 Playing To Her Strengths: How This Beauty Educator & Influencer Built a Fierce Personal Brand & Overcame Booking Challenges with Genbook

Kenniqua Jones is a woman of many talents.  Nuk—as she is fondly known by her clients and followers —always had a knack for hair. As a child, she would line her dolls up and style…

Want more? Sign up for Genbook’s monthly newsletter and stay on top of small business tips and trends.